Ok, so a little while ago a customer had asked for an update/v2 to dualtech after trying blue 1102 eq. Initially I decided to make similar changes I had made to 1102 eq. After looking a little more in depth, there were a few things extra I wanted to change on this release.

First off, I wanted to isolate eq bands in a very nice clean way: the idea being that we could stack instance without a reoccurring sonic signature. This of course means you could potentially leave all eq bands on and never have the worry of additive artifacts. This also means when Gain is at zero of an isolated band it is completely flat, we will get very low cpu too. Therefore, its fine to leave all bands on, perfect for Agent program  or similar.

Below we see bell curve with different levels of Gain, with no other sonic signatures from the unit. Basically isolated. 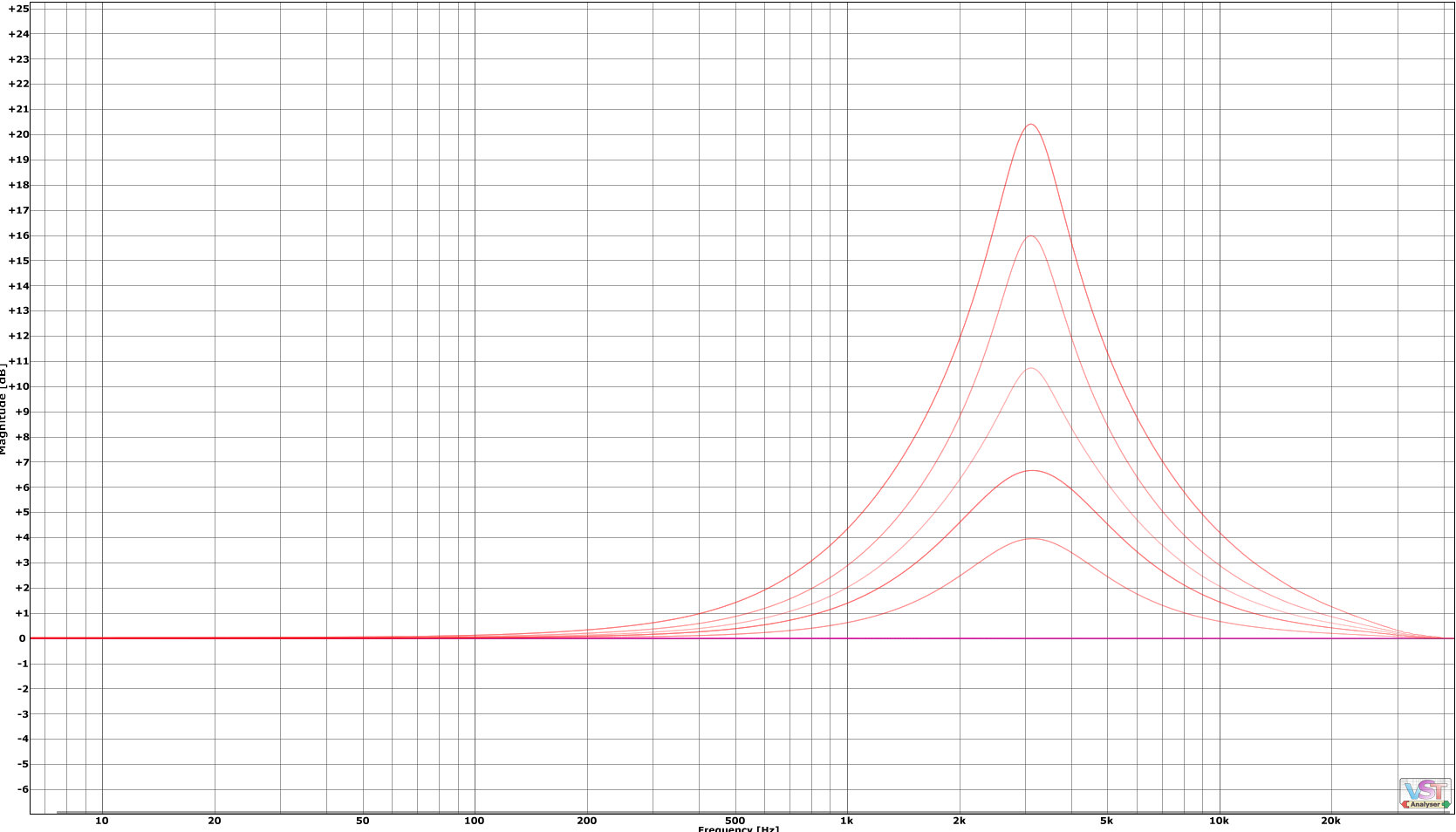 Here a good isolated phase response from the bell eq. Freeing as much as possible from overall  phase of the hardware. this example is from 48khz 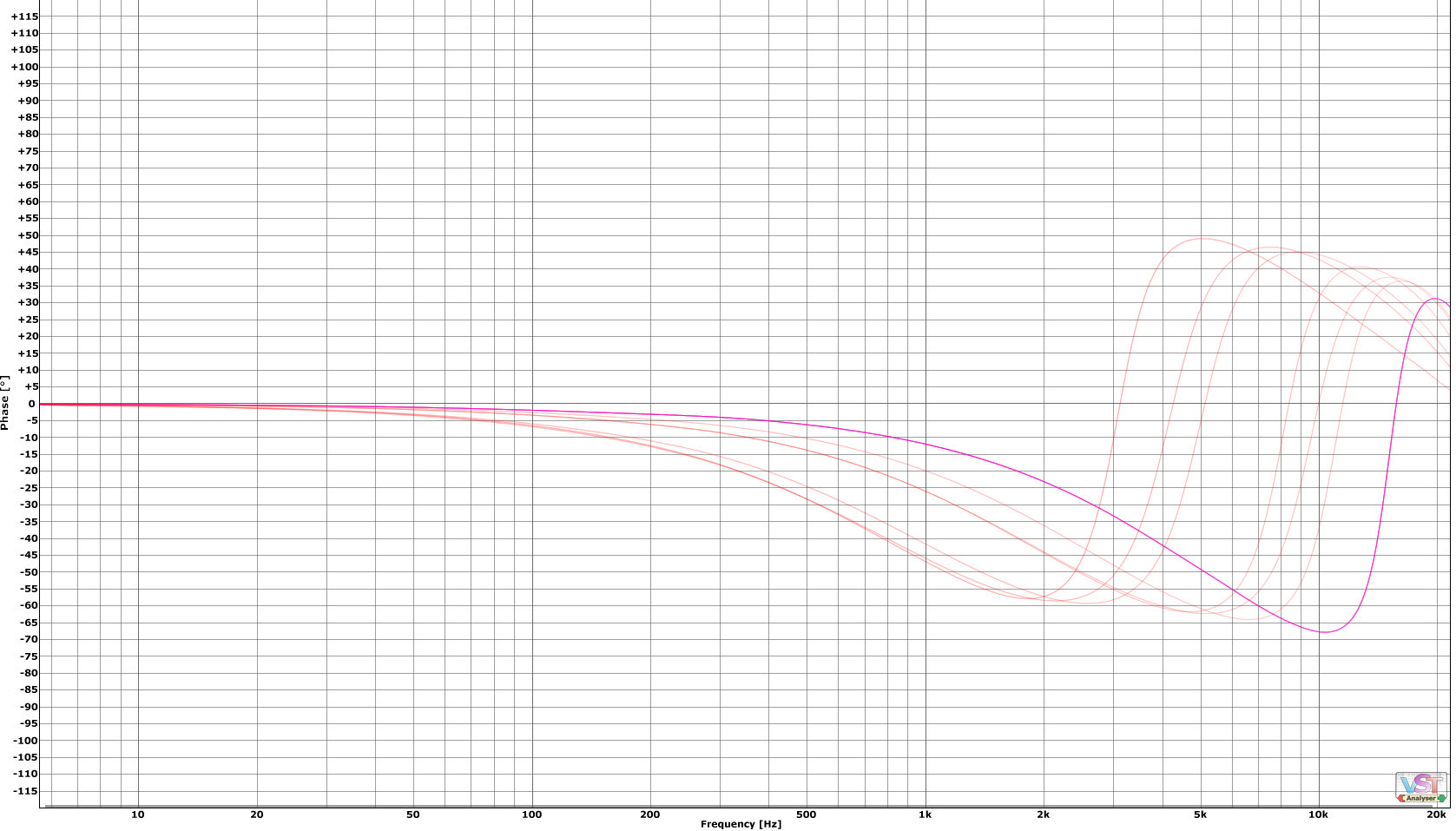 Below an example of three instances of dualtech bands chained with meta plugin. 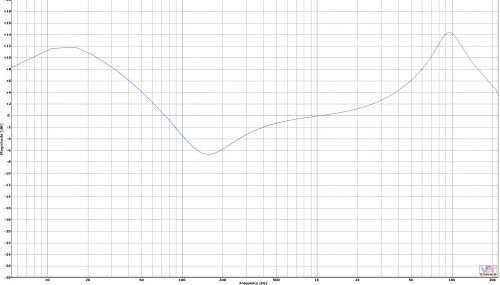 Ok, another difference made to dualtech is to eliminate the alaising FIR conversion filter and/or reduce the effects of that filter.

So why do this?

I’m not so much concerned about the roll off at the top end around nyquist. Really for me one of the other biggest issues we have with alaising filters is the pre and post echo they create. Very subtle, but again can be additive. The big names in ad/da convertor design will tell you this is one of the biggest issues facing low sample rate conversion. Simply over many instances, we may start to hear this…….. as ringing will run down through the audio band. Pre ringing is usually associated with the digital domain and is downfall of linear phase eq’s (FIR,) unnatural distortion of time. Perhaps why many still choose minimum phase eq’ (IIR) over linear, which give post echo, this of course is very natural to happen in analog. Back to the alsising filter, as a side note using  IIR/anolog filters as a alasing filter is a bad idea because of the combination of incorrect representation of phase and a increased post ringing compared to FIR.

With all that said, reducing or eliminating that filter we will have a nice phase representation and low ringing. Achieving this, without aliasing artifacts, is where problem arise, but I don’t want to give to much away here.

Below we have an example of a cleaned FIR filter so to speak. This is an impulse response taken from the high band of dualtech (nebula). 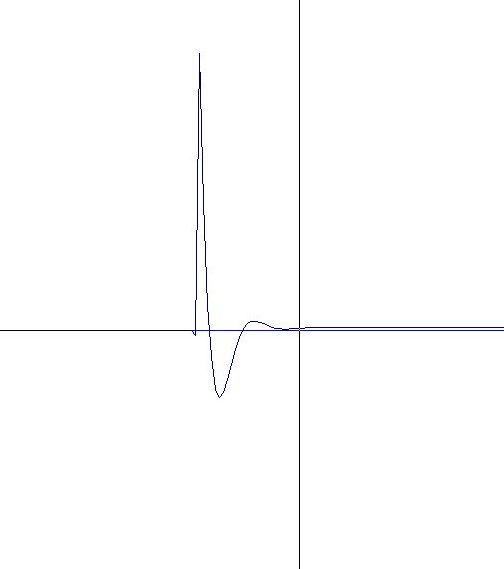 Below we have typical ringing characteristics of different formats