With 4 channels to select from you can get subtle tonal differences. Looking at the frequency plot below we can see each channel has the distinctive Head gap coloration of the low end, producing a ripple, this is a common characteristic in tape machines. Looking at each channel from lowest plot (channel 1) to top plot (channel 4), we can see the two outer channels have a rise up to around 19kHz but the two centre tracks are rolled off from around 14kHz. Of course this is subtle, however stacking instances will reveal a large coloration. As this is a 4 track machine bouncing tracks may have been common, resulting in a far more coloured sound. Multiple stacked instances is something worth experimenting with. On the whole this will dramatically change the bass character and soften the upper mids. 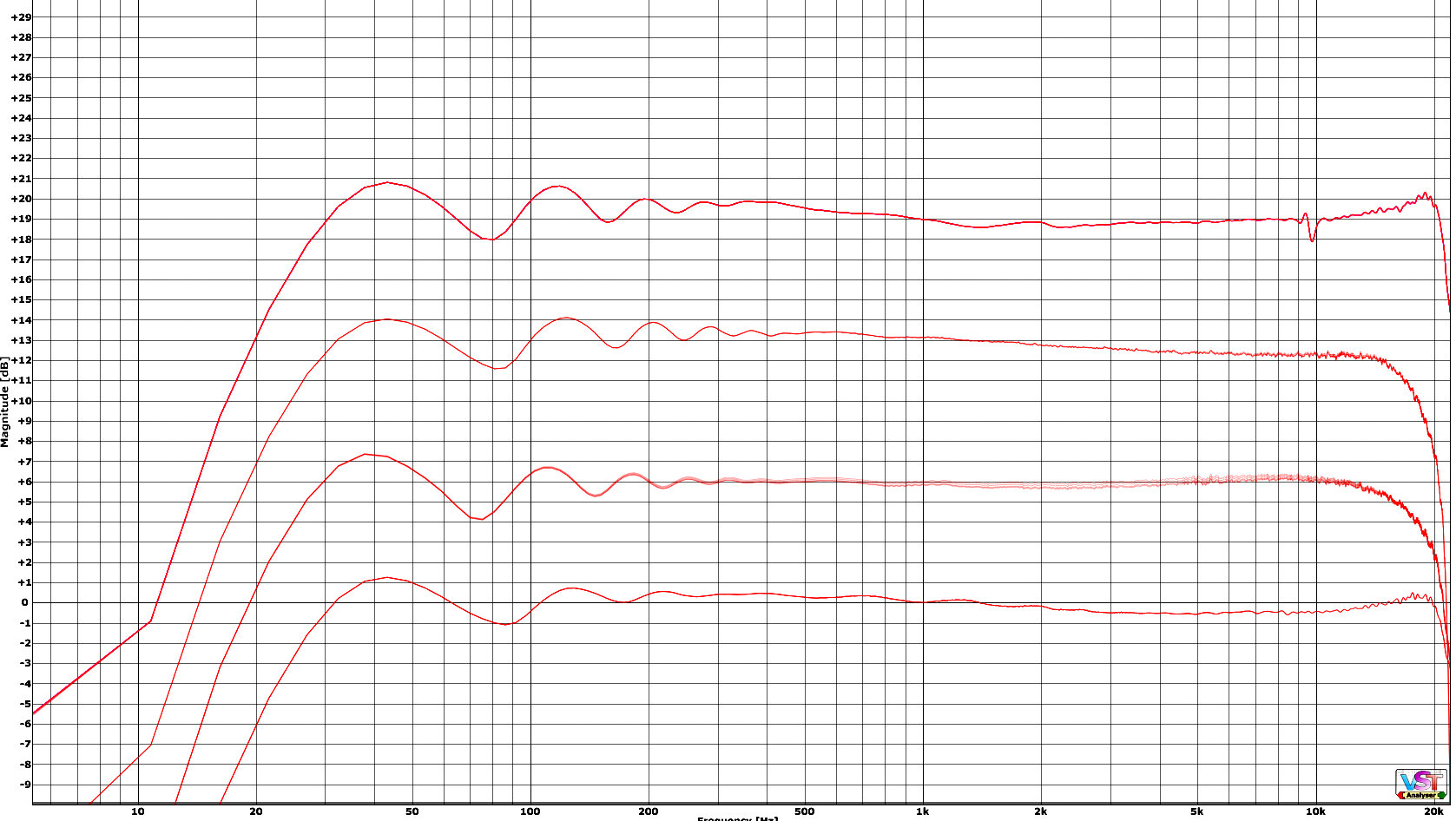 Also we have bit of movement to the response shown below, connected to LFO. The movement seen is not related to dynamics.

These presets were designed to get a subtle pushed sound, resulting in a softening of the highs, and getting a compressed and saturated sound. With care, we can get some glue from increasing the input, (vu starting to go into the red). If a distorted sound is desired increase the input further until the desired result is achieved. I’ve kept this on the more subtle side to avoid as much aliasing as possible.

To USE: Load a Pre–emphasis channel instance (you’ll notice this is bright) followed by a de–emphasis saturation Instance (rectifies the brightness). Increase input to desired result, then if you wish to saturate more and saturate the lows, add a flat saturation as a 3rd instance. The input is using nebula’s G drive (volume compensation, output reduces as input is increased), there is a chance you’ll hear the level go down as you increase the input, this is simply because the preset is increasing in compression as the output goes down.

NOTE: Nebulas evf is mono only, in the case of using saturation on a stereo instance we should create Left and Right instances in program like meta plugin.

Not much to say here, Hiss .wav’s is something I’ve added as a request. Adding hiss to an extra track can impart that distinctive tape sound.