A few things that I  have changed with development on my compressors over the years. This will outline some of the changes made but also a little more info so those can see what the possible changes are on updates.

Ok so there are two ways of eliminating this problem, I’ve gone the option Of eliminating it in a lower Cpu way. What is this ripple we I’m talking about?! Here below we have typical ringing from truncated kernal length. Now, this can actually sound exciting and has a filtering effect on the lows but In all honesty we are probably well off the linearity aspect of the hardware. Rectifying this issue is of particular importance as we could end up stacking the same characteristic over many instances.  This can be particularly un-musical because of the boosting up the frequency spectrum are not harmonically related (octaves).   Also sometimes it can cause a peeling of low frequency. In the example below you can see this issue occurring under 100hz 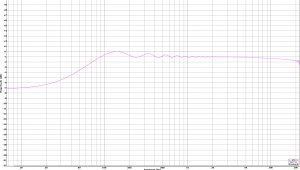 Below is closer and we are essentially trying to get to get as close to the original samples as possible. 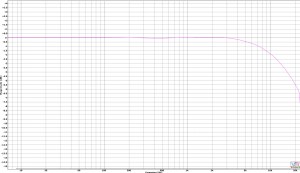 Eliminating HPF frequency response in the side chain, High pass filter is usually implemented in compressors to improve it’s control tone and tracking distortion, because the sampling process usually involves  sweeping we will end up sampling the incorrect frequency response from the hardware, this means you’ll get more bass on samples as the as gain reduction increases, Incorrect? yes and of course there  is no reason this can’t sound good, it creates almost a dynamic eq, so when the compressor action comes in the bass response increases and this cannot simply be rectified by eq. In order to replicate the sound of the hardware we should eliminate this issue and then try to estimate and emulate the High pass shape frequency using nebula’s side chain. One method is to actually modify the hardware’s side chain so it is flat and the other is to eliminate the increased bass after sampling…..

Incorrect Distortions and ringing  from bass. Ok this was one of the issues we have had due to speed of envelope and samples changing over program rate. Now it’s very easy to rid this because of a limitation has been lifted in Nebula.

getting the correct release shape is almost as important as any other aspect of compression character, Release characterizes the way the music gets tracked, for example with longer release times, getting correct release shape essential will control compression in a more predictable way. This started in my initially blue mu release on the preset 5 presets, then was used in Opto3a, CAL1656  V2  and Sum100a V2. Updates will follow for all other compressors.

Another essential aspect to Non linear release times is program dependence. There are several varieties but charging dependence is the main key. It’s been featured in OPTO 3a and sum100a I initially started this experiment in U76 but it has now become more refined.

Updates for older compressors will continue, I expect to update tnt, focus comp in the near future.