Alaising is caused by the a Digital sample rate’s limted frequency responce.
When a frequency is produced that is higher than a given sample rate it cannot reproduce that waveform.
A new wave incorrect form is represented in the sample rates range.

A good way to visulise this is to take a high frequency sine tone and reduce the sample rate below the represented wave form.
See this sine tone below in the pic. 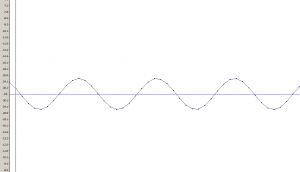 Next we see what happens when we lower our sample rate. In this next example I represent the new lower sample rate by circling every 9th sample, representing what will be our reduced sample rate. I’ve added a new line connecting the dots. 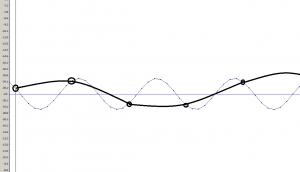 Take away the old points and we can see the new wave form more clearly, this creates a lower sine tone. This is in fact  what aliasing is. The old wave form has turned into a lower frequency. 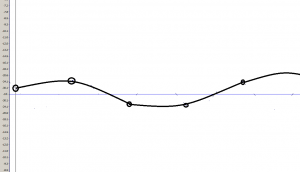 In the next example, we see a sweep placed in spectra-graph from 1-22,500 hz (44.1 sample rate). If we simply double the frequency via a pitch shift plugin (2-44,200 hz) we will produce frequency’s above what the sample rate can produce. 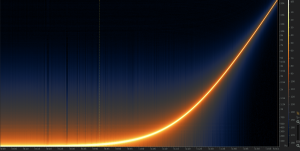 The pic below shows what the pitch shift creates in terms of aliasing, it has this mirroring/folding effect as the frequency gets higher.

A typical way to remedy this is to process at a higher sample rate (88.2 for example will cover the double in frequency), and filter the result back in 44.1. This is called anti-aliasing.

Next up, harmonics. When a system produces harmonics, they can produce harmonics well above nyquist, this again will cause aliasing. Lets take a 1khz sine tone. If we create 10 even harmonics the result from 1khz will not be enough to cause aliasing from this frequency.
However if we step up to a 2khz sign tone test the top harmonic will see what  aliasing can be produced from 10 kernals. 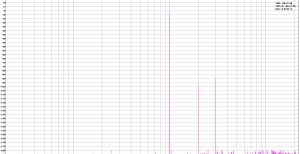 If the test tone is much higher lets say 10khz will produce aliasing from the third harmonic. A sweep is a even better way to see any aliasing caused by kernals in nebula, The plot below shows the same program only in a spectrograph sweep, In this case we see the two harmonics above the test sweep the producing the aliasing mirroring/folding at high frequency when hitting nyquist.

a common myth is that nebula produces less aliasing than that of algorithmic plugins. This is usually because of the low order of harmonics or/and if the harmonics are reduced/filtered before it approaches nyquist.

Lets take a compressor and see what it produces. Compressors can produce a high order of harmonics when the have a very fast attack and release, the result is very complex as its very dependent on Feedback path, attack shape/times, it will affect low frequency’s more than high because of the nature of the envelope speed. Distortion Occurs from a slight squaring of the waveform. This is especially true of many analog compressors as they don’t have look ahead functions in conjunction with slow attacks which reduce harmonics. As a side note using lookahead and slower attacks to reduce aliasing is not a great idea as we lose the full range of attack and lose the distortion characteristics and compress before the transient starts, smearing up the tails.This is why traditional envelope followers will always sound very musical over modern techniques. There downside is they must remain slow to reduce there distortions.

Looking at the pic below we can see a harmonics being produced and what looks to be noise surrounding the harmonics. This noise is aliasing. In this case it’s below -130db.

In the spectra-graph we can see that only the harmonics are visible as they are much louder,

if we want to see that aliasing we need to adjust the spectra-graphs Db settings to show the mirroring. The sweep perspective gives us a much better idea of aliasing we can see the mirroring from ever harmonic.